The application of technology in the farmers’ field is achieved through conducting of On-Farm Trial which includes technology assessment and refinement. The proven and recommended technologies are then introduced in the system through conducting of frontline demonstrations followed by training programmes to empower the farmers, field extension personnel and rural youths for its adoption. The extension activities such as farmers rally, study tour, diagnostic visits, field day, exhibitions etc. are regularly conducted to disseminate the technologies across the system.

This KVK implement various schemes of the ICAR, Govt. Maharashtra, and other related organizations which intend to strengthen the training and technology dissemination programmes as well as follow-up extension activities of the Kendra.

Our vision of the Krishi Vigyan Kendra, Raigad is to develop the Agricultural institution will act as, Agricultural Knowledge Bank with the help of a multidisciplinary team of the scientist for the assessment, refinement, and application of the technology to the Agrarian community of the Raigad District. Again it is required to provide better services and inputs to the Farmers to improve productivity and income. Our focus is to provide technological back storming to the unemployed youth for the establishment of their entrepreneurship development.

Konkan region of Maharashtra comprises of five districts viz. Sindhudurg, Ratnagiri, Raigad, Thane and Greater Mumbai. The Greater Mumbai region is considered as a developed metropolitan city of the world and the Krishi Vigyan Kendra is located about 7 km away from Konkan railway (Mumbai- Mangalore) route and 5 km away from National Highway No.17 (Mumbai -Goa). Based on the soil type and climate, the Konkan region is divided into two zones namely, South Konkan Coastal Zone and North Konkan Coastal Zone and Krishi Vigyan Kendra, Roha comes under North Konkan Coastal Zone. The weather of this region is hot and humid with temperature ranging from 15.60 0C to 43.0 0C. The annual rainfall varies from 2000 to 3000 mm.

The cropping system of the district is mainly rice based with horticulture on a smaller area. Paddy is the major food grain crop grown in this district. The finger millet (Nagli), prosomillet (Vari) are the other food grain crops and Niger an oilseed crop. grown in kharif season. During rabi season pulses like horse gram (Dolichosbiflorus), wal (Dolichos lablab), cowpea and oilseed crops like groundnut, are cultivated. In recent past, area under vegetable has been increasing. The recent record shows that about 10,000 ha area is under vegetable cultivation. Among the fruit crops grown in district, mango Cashew Arecanut and Coconut are the majar fruits crops.In Raigad district, fishery in the second most important activity after agriculture and plays major role in the economy of the district. The activity is divided into 3 sectors viz. Marine, Inland and brackish water fishery. The district has continental shelf area of  21,000 sq. km. in 240 km coastline.

The raising of local cow and buffaloes for milk and milk products is permanent. The non-descript buffaloes in addition to Jafrabadi, Surti and Pandharpuri are raised by the farmers. Being a supplementary occupation, the animal husbandry has a special significance to the large numbers of small and marginal farm family. Paddy fodder fodder is available is available for milch cows and buffaloes.

Description of Agro-climatic Zone & major agro-ecological situations (based on soil and topography) :

Major farming systems/enterprises (based on the analysis made by the KVK) :

The cropping system of North Konkan Coastal Zone is mainly rice based with horticulture on a smaller area. The finger millet (Nagli), prosomillet (Vari) are the other food grain crops grown in kharif season. During rabi season pulses like horse gram (Dolichos biflorus), wal (Dolichos lablab), cowpea and oilseed crops like groundnut, sesamum are also cultivated. In recent past, the area under vegetable has been increasing. The recent record shows that about 12,813 ha area is under vegetable cultivation. Among the fruit crops grown in the district, mango is cultivated on an area of 43,431 ha with 9692 million tons production. As regards cashew, the area under cultivation is 19278 ha with a total production of 20,256 million tons. The total area under sapota is 894 ha with 1,454 million tons of production. In case of coconut, 3,915 ha area is under cultivation with the total production of 18,916 million tons.

The details regarding cropping pattern of Raigad district is as follows – 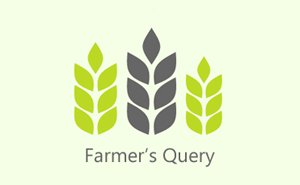